KNOW WHO YOU ARE 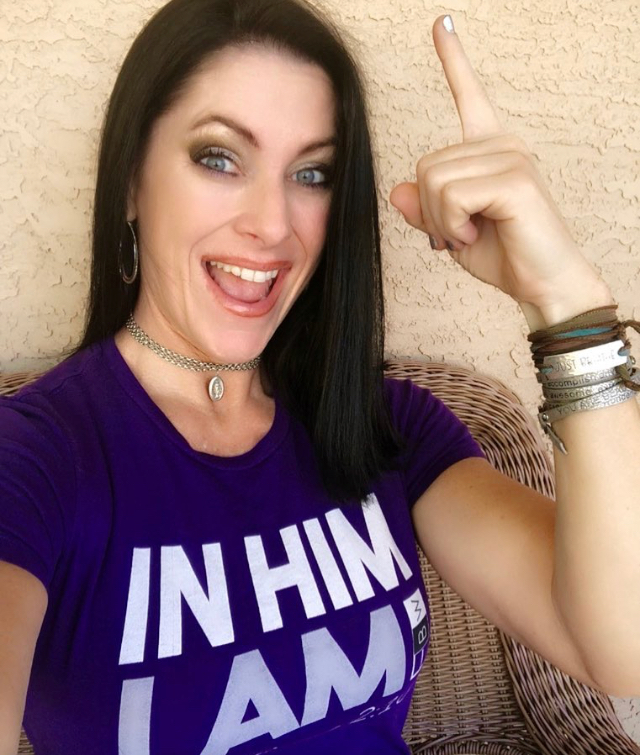 See what great love the Father has lavished on us, that we should be called children of God! And that is what we are! — 1 John 3:1

I distinctly remember my first day of seventh grade. I had just moved to a very small town, which meant that everyone recognized me as being new. The thing I recall the most on that first day was trying to find a group of people I could sit with at lunch. As I aimlessly wandered through the lunch room, I remember scanning over the different types of groups and cliques, trying to find a place where I would belong, but feeling very left out and alone.

It was around that time that Satan started to get me to believe lies about myself. I started to feel unsure about my appearance, which eventually led to lies that had me questioning who God created me to be.

From the very beginning, Satan has been in the business of making us question our identity. We can see one example of this when he tempted Jesus in the wilderness. Two out of his three temptations began with the words,

Satan was trying to get Jesus to question who He was at the very core.

And two thousand years later, Satan is still trying his old tricks, so we can be sure that he will use the very same tactics to tempt us. Whether he lies to us personally, or whether he uses others to attack us, telling us that we will never be good enough, we need to be aware of his schemes.

Yes, he may use different ways to get there, but we need to know that one of Satan’s methods of attack is to get us to question the core of our identity. If he can get us doubting whether we are actually children of God, then he has essentially stripped us of the power and authority we have over him as God’s children. Satan wants nothing more than for us to lose our identity as children of God, for then we would wander like sheep without a Shepherd.

The good news is we can easily defeat Satan’s lies by following Jesus’ example in the wilderness.

God has given us all the same enemy-defeating weapon that Jesus used to overcome Satan’s schemes — His Word.

So the next time the enemy comes at you with lies, trying to rob you of your identity, stand against him with the Word, with prayer, and with praise!

We can stand strong against Satan’s lies by walking closely with God, day by day, moment by moment. When we spend time, for instance, renewing our minds with the Word of God during quiet time, prayer, and journaling, the Lord will build our confidence about who we are in Him.

You are a child of God!

Lord, thank You for calling me Your child. What an honor to approach You as Father! Help me be aware when the enemy attacks, calling into question my identity as Your daughter. Enable me to stand against his lies with the powerful weapon of Your truth. I thank You that nothing can separate me from Your love. In Jesus’ name, amen.

Excerpted with permission from Devotions for a Healthier You by Katie Farrell, copyright Thomas Nelson 2014.

Father make us so sensitive to You that we can fee

The Lord has given us an example to follow and giv

You can preach and study about the Glory of God bu

When we truly seek the heart of Christ you’ll se

Living conscious of His presence with us is one of

The same faith that enables some to escape trouble

It’s time to raise the bar...time to go deeper!